Marine phytoplankton has been nourishing an abundance of sea life for billions of years. These tiny single-cell creatures live deep in the ocean, they are responsible for creating over 90 percent of the earth’s oxygen supply – far more than all the forests on the earth combined!

Phytoplankton are a strong source of omega 3 fatty acids, amino acids, DHA, EPA, carotenoids, antioxidants, nucleic acids, Vitamin A, Vitamin B, and an assortment of minerals including copper, iodine, magnesium, potassium, and zinc. And all these nutrients are packed in a way that makes them 100 percent bioavailable to the body; the cells absorb everything.

With so many vital nutrients in one tiny bundle, it isn’t surprising that scientific research suggests that phytoplankton contains a slew of health advantages for the human race and may even possibly be an aid in curing several degenerative diseases. It’s one of the highest superfoods, known to be 100 times more potent and powerful than blue algae, resveratrol, acai berries, and any other superfood combined. 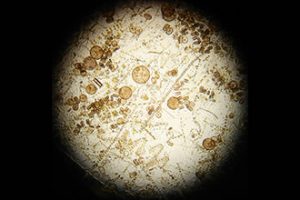 Here are some of the most major health benefits that people have experienced with phytoplankton.

1. Improvement in Depression Symptoms
Many chronically depressed patients have reported improvements in their symptoms after taking incorporating marine phytoplankton as a supplement to their daily diets. One pilot study performed at the University of Utah showed significant improvements in subjects’ depression symptoms after regularly taking marine phytoplankton as a supplement. Participants reported having an improved mood, better ability to focus, and higher feelings of joy and personal success.

2. Cellular Regeneration
Perhaps one of the most important benefits of marine phytoplankton is its unique ability to strengthen cell membranes and induce cell regeneration,” states Lauren Feingold, nutritionist and co-founder of the organic Shanti Bars. “Consumption of a high quality phytoplankton triggers the body to create and regenerate healthy cells.”

When we’re young and healthy, the majority of our cells regenerate every seven years, but the older we get, the less efficient and effective this process becomes. Lack of proper cellular regeneration leads to many of the disease people develop later in life.

Dr. Jerry Tennant, MD, from the Tennant Institute of Integrative Medicine,the Federal Government’s lead agency for scientific research on the

diverse alternative medical and health care systems, practices, and products, explains how micronutrients and electrolytes in marine phytoplankton are exactly what human cell membranes need to carry out their metabolism. Not surprisingly, the composition of human plasma, or fluid surrounding cell membranes, is similar to that of sea water.

This is also due to the fact that phytoplankton is the richest source of the potent antioxidant enzyme, SuperOxide Dismutase (SOD), which is produced by virtually every cell in the human body. it reduces free radicals formed during normal metabolic cell processes , and protects against oxidative damage . Unlike antioxidants found in food, which are ingested to seek out and eliminate toxins, SOD works harmoniously with the body’s systems and the antioxidants which naturally occur in it to prevent potential contamination.

“There are very few products that provide all, or even most, of the raw materials to make new cells and sustain the existing ones,” according to Dr. Hugo Rodier “The problem is that we need all of them at the same time for things to work. One of those rare products that contains almost everything you need for life (and the rebuilding of cells) is marine phytoplankton.” 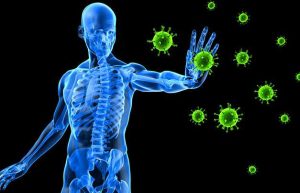 In a 2008 clinical study performed by the University of Utah, researchers found that participants showed a significant increase in their number of antigen fighting cells in their bodies and also reported feeling an overall positive increase in their physical and psychological well-being. This increase in antibodies makes it easier for the body to fight off infection and diseases.

5. Promotes Clear and Beautiful Skin
There are high amounts of bioflavonoids in marine phytoplankton, which promote healthy skin by removing impurities that build up in our skin cells. Phytoplankton also contains riboflavin, which is known to reduce free radical attacks on skin cells.

phytoplankton nature’s superfood for all ages

acids and phenylalanine, both of which are known to help reduce sugar cravings.

7. Supports Healthy Cholesterol Levels
High cholesterol is a problem faced by millions of people and is one of the major risk factors for heart disease. Many nutrients found in marine phytoplankton – such as niacin,gamma linolenic acid, and omega 3 fatty acids – can help to reduce high cholesterol.

Beta-carotene, found in marine phytoplankton, is known to protect the cornea of the human eye. It also helps to improve visual function.

9. Helps Improve Mental Clarity
There are many nutrients found in marine phytoplankton that are known to help improve mental clarity as well as memory and mood. These nutrients include omega 3 fatty acids, nucleic acids, phenylalanine, proline, and magnesium.

An estimated 80 percent or more of us are deficient in certain vital trace minerals.

Recent research at the University of Madrid confirms overdependence on land – based food sources often leads to deficiencies in micronutrients and trace minerals. Ionic trace minerals are an integral part of a healthy human system for several reasons.

“Lab testing revealed hundreds of nutritional chemicals in marine phytoplankton, including every known nutritional molecule and dozens that had not been identified or studied until its discovery,” says Feingold. “Marine phytoplankton is an excellent source of all of the trace minerals that the body needs in the most bioavailable form.”

This list provides only few of the amazing benefits of phytoplankton. Of the many life sustaining nutrients found in marine phytoplankton. These one-cell nutrient-dense creatures are also believed by many to possess healing qualities capable of aiding in relieving symptoms for everything from allergies to infertility. 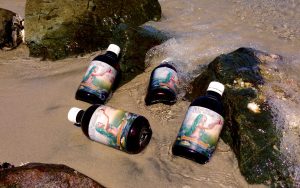 MyPlankton™phytoplankton blend – an excellent source of trace minerals that the body needs in the most bioavailable form. 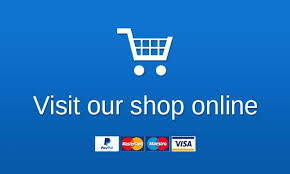